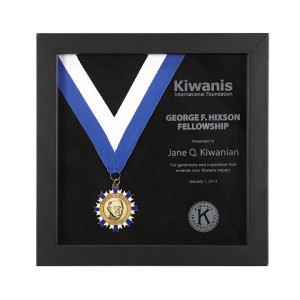 In 1983, the Kiwanis International Foundation established the George F. Hixson fellowship. Named for Kiwanis International’s first president, Hixson Fellowships are bestowed upon donors who give US$1,000 or more to our foundation*. It’s a way of recognizing people who have contributed significantly to Kiwanis’ history of generosity. In fact, clubs and Kiwanians often give in honor of another person or organization—recognizing others’ help and commitment with a Hixson Fellowship.  Learn more about the Hixon Award